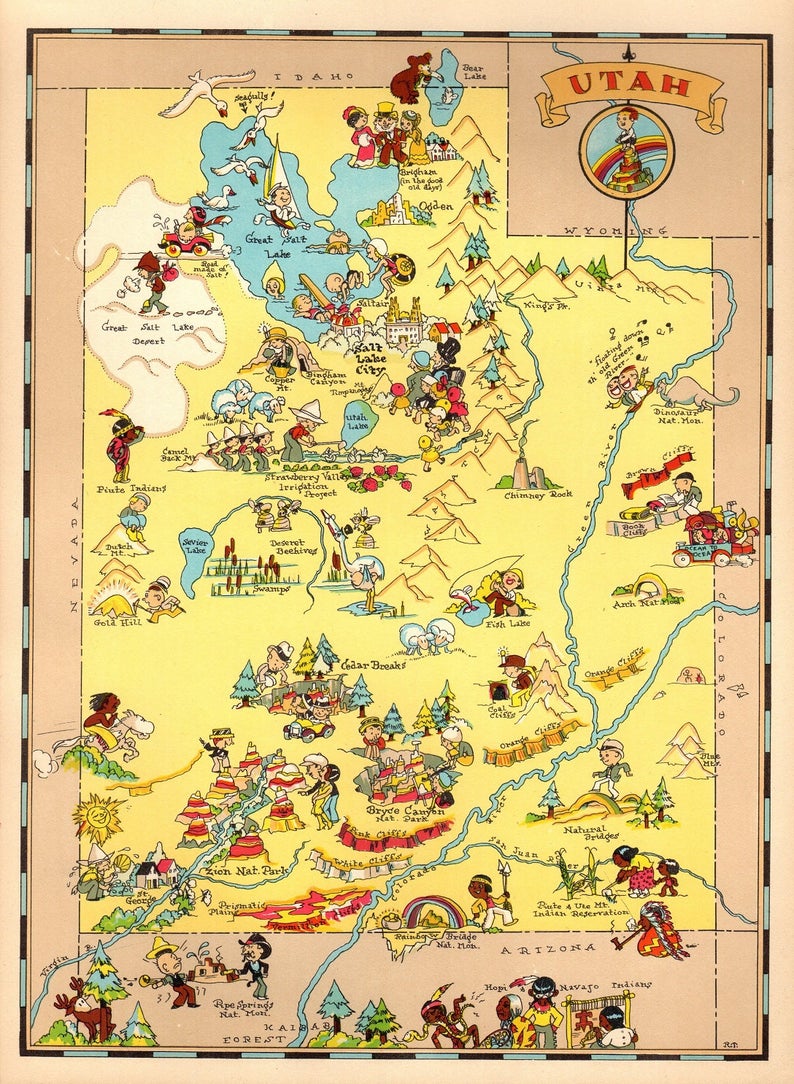 I’ve never been to Utah. Never much wanted to go either. It seemed to me to incorporate most of the bad traits of the American West and not so many of the good. Dry, shapeless arid desert land with the scorching summers of mid-Texas but snowy, cold winters of my homeland to the north. Arid miles broken only by one big lake …which is salty.A huge, mysterious military base conspiracy theorists say took over from “Area 51” when Nevada became too touristy. Besides a few scenic rock arches in the south of the state, not a lot to see and one mid-sized city notable for being the home of the Mormon Church. But maybe I owe the state an apology, because at least politically, it seems to be the shining light for the entire U.S.A.

I’m referring to newfound heroes Spencer Cox and Chris Peterson. Cox is the state’s Lieutenant Governor, Peterson a professor. Both are running for Governor this November. And both have done something revolutionary for the times – they have agreed to be civil, to respect one another and the public as well. They appeared in a couple of TV ads which quite unlike the typical political ad of the day, they smile and tell voters “we can disagree without hating each other.” It seems like it’s so obvious that it shouldn’t need to be said, but alas, this is 2020. So they are revolutionary, and to them I say “amen” and “bravo.”

The pair appeared today on the Today Show and told Savannah Guthrie, controversial host of last week’s discussion with Donald Trump, that they for the most part like each other and respect one another. Both said they would listen to the other on significant issues if elected.

“We can debate each other without degrading the other’s character,” Peterson, the Democrat says. If only the big boys in Washington could take note and do the same. “Our common values transcend our political differences.”

Cox, the Republican, said people “are hungry for decency” and “as our national dialogue continues to decline, my opponent and I decided to try something different. Let’s make Utah an example to the nation.” Both agree that the “peaceful transfer of power (is) integral to what it means to be American.”

Amen to them both for stating the obvious. Or what should be the obvious but in this day and age is not, even to the sitting President.

I don’t know what big issues in Utah state politics are this year and don’t have specifics on what either candidate suggest to rectify the problems. But I know if I was in Utah, I’d be reasonably confidant good solutions to the problems could be achieved and not be too worried whichever candidate won. Either seem like they have the decency and intelligence to make a good governor. Hell, why stop there. With their “radical” way of thinking, I daresay many Americans might not mind having either one in the White House.

Sad to have to say that saying civility and courtesy still matter. But the fact that a Republican and a Democratic opponent are saying so gives me hope for the future of the land.