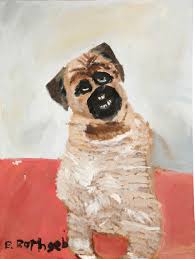 Last week I mentioned one of the relatively good new byproducts of our cyber-age, namely delivery services like Door Dash. This Thursday, I’m thankful for another creation of our wired times – Etsy.

When I was a kid, artists would have booths in local flea markets selling their wares – hand-painted T-shirts, framed pictures, crocheted things, you name it. Sometimes you’d see a truck parked in the corner of a dusty gas station with paintings (as likely as not mass-produced) propped up against it for sale. It was an alright way for creative types to share their work and make a few bucks. But that might have been the limits of it… a few. After all, it was a bit of a crapshoot. They’d have to rely on the right person coming along at the right time, and having cash on hand and a desire for their particular piece of work. Maybe a hundred, two hundred people might pass by their table in a day, most of them disinterested. If the person who would absolutely love your painting in their living room was the next town over, it would probably be going back home with the you, gathering dust. Similarly, if you were in the mood to add something unique to your walls or wardrobe, you were playing lottery-type odds expecting to find something just right among 20 vendors in a local clubhouse on a Sunday afternoon. Etsy has changed all that to the benefit of the creators and shoppers.

Now, to state the obvious, anyone with a computer, tablet or smart phone, anywhere, can see your creations and order them, and by looking for a specific category, find your needle in the huge haystack quickly. Rainbow-colored wool scarf? Picture of Paris on a rainy night? Union Pacific-adorned baseball cap? Rock that looks like WC Fields? All there, just a click or two away. Suddenly that person who would absolutely love your painting who’s in the next country over will find it, its days of gathering dust gone with the wind.

I love it. I’ve used it to sell books I’ve written (a few copies), baseball caps I’ve customized (a handful), and a few wall hangings or paintings (well… at least I’ve listed them ). Never made a lot of money off it, but it’s nice to make a few extra dollars and find someone appreciative of my work at the same time. On the other side of the counter, I’ve purchased a couple of cool vintage photos, some one-of-a-kind clothes and gifts for others on it that I’d not have found at the local Walmart or Kohls.

Ironic in a way, isn’t it? The internet has allowed Amazon to become one of the world’s dominant companies and biggest retailers, mass-marketing everything from books to soap to pharmaceuticals. But at the same time, it’s allowed individual tiny home businesses to set up and offer an alternative to the conglomerate mass-marketed products homogenizing culture across the globe.

I’m thankful for little craft fairs and the people who create for them. And for the world’s biggest, virtual craft fair, the one at our fingertips.

PS- the talent behind the picture above is someone else’s; the painting is not mine. But thanks to Etsy, it could be…